Dave Navarro is the image of the modern rock guitarist. He completely embodies the role, including serious guitar skills. His sound is classic yet isn’t tired, which is in part what led to him joining up a number of records of popular rockers after his stints with Jane’s Addiction and the Red Hot Chili Peppers.

The Dave Navarro pedalboard hasn’t changed much over the years. He’s been loyal to a select group of pedals, though he had developed a unique method early on which still serves him to this day…

The information you’ll find below has been aggregated from a number of sources throughout the years in the hopes to provide the most complete view of Dave Navarro’s guitar rig.

Dave Navarro’s Pedalboard – What You Need To Know

As mentioned previously, Dave’s pedalboard has been pretty constant throughout the years. After a quick glance you’ll easily see what is necessary to get his sound and what changes enough that you don’t have to stick to one distinct pedal.

The first thing to take note is his devotion to BOSS pedals. His support of BOSS is so strong that the company actually sells a set of pedals based on his choices. Unfortunately, this selection will lead you to his sound directly, as it omits one of the most important, and consistently appearning, pedals: the BOSS DD-3 Digital Delay. So if you’re going with that set, be sure to to pick up the DD-3 separately (or two, as you’ll notice in the pedalboard lists below).

Dave enlightened us with a few of his signature techniques during an interview on the official BOSS site.  Here’s what he had to say about his delay settings:

I like to use one delay pedal for a long delay and the other for a slap. The long delay is the one that I use to manipulate the speed on. If I’m holding notes, and I want to tweak the regeneration, I’ll play around with the long-delay pedal. In fact, I had a stand built in 1997 for my delay that put it about three feet off the pedalboard so I could manipulate the speed without having to bend down to do it.

He also offered these insights into how he combines effects.

What I like to do is step on different combinations of pedals, and emulate different sounds that I may have gotten in the studio. A favorite of mine is the Octave pedal with the slap delay, or the chorus and delay together. I put the pedals close enough together so I can step on two at one time. I’ll wear boots that are wide enough for me to fit my foot across. So, if I’m gonna hit a clean sound, for example, I’ll generally step on the chorus and the delay at the same time.

Here’s a list of current coupon codes to popular online guitar pedal retailers to further help with your shopping:
No coupons today. Check back soon! 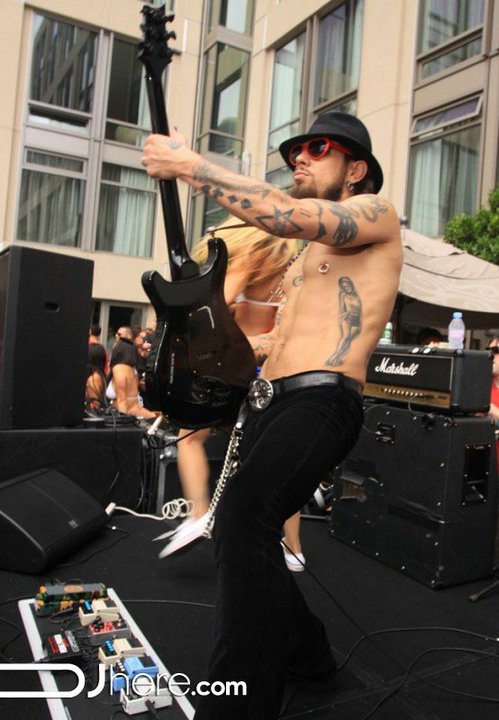 This is the latest pedalboard we can find.  It contains the usual suspects in terms of double DD-3s, but the distortion seems absent.  It’s possible by this point that he is relying on the distortion from his JCM9000. 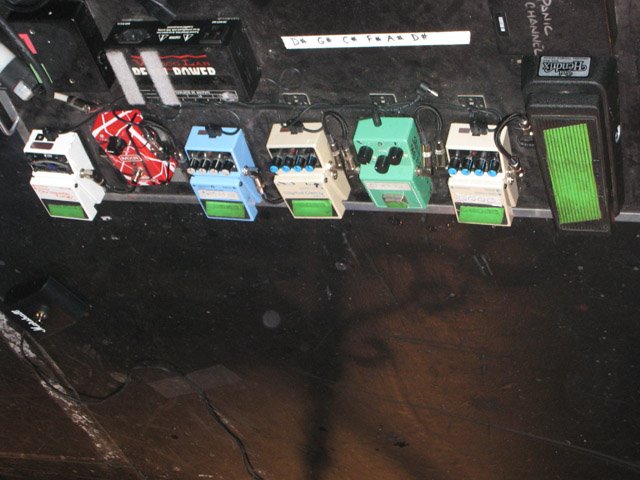 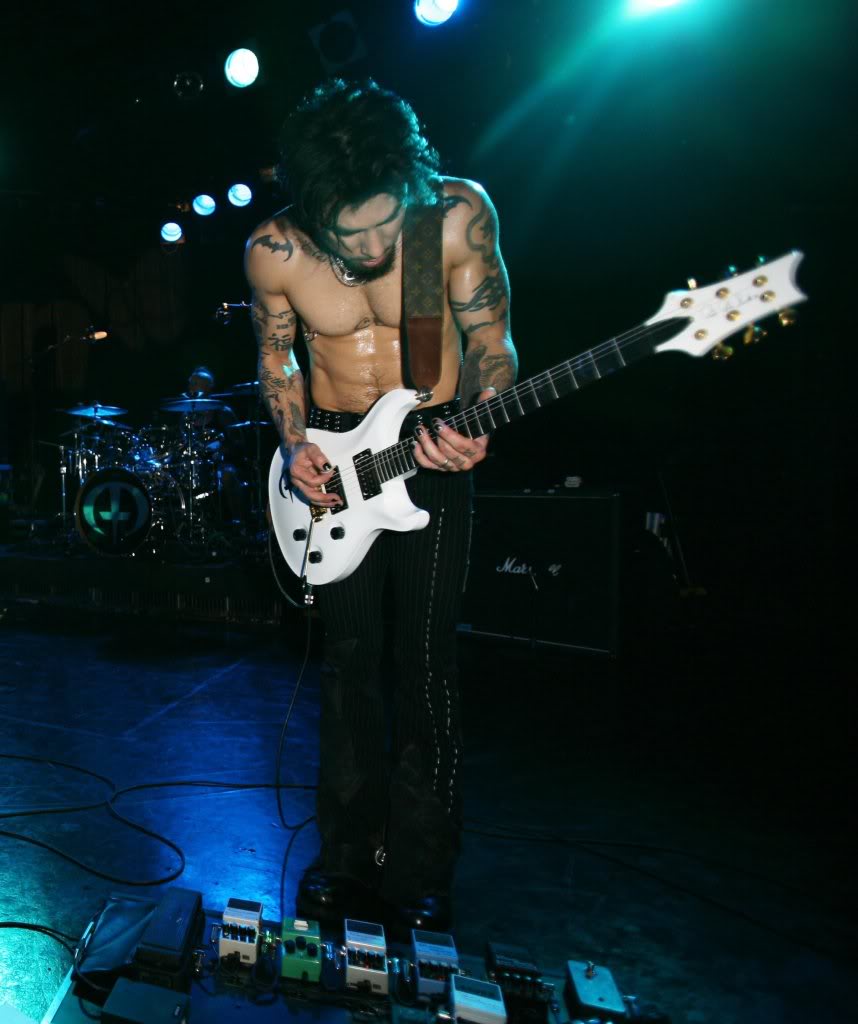 Just a year earlier than the aformentioned board, we see slight differences, some of which are recurring, like the changing of Wah pedals (though still always Dunlop).  This is also the only board where we find the TS808. 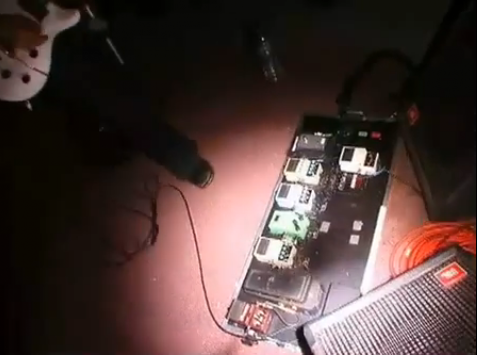 No date is associated to this photo, but it is from his time with Panic Channel, making this between 2004 and 2007.

This undated photo provides a look at his pedalboard which, according what is present, makes us assume this is after the Red Hot Chili Peppers but before the Panic Channel era.

What you find here are the basics that have mostly survived throughout the years, with the exception of the Rotovibe.  That is, DS-2 distortion, DD-3 Delay (twice) and a Crybaby.

Exactly the same pedalboard he brought with him to the Red Hot Chili Peppers, though we figured it bears repeating, for those of you looking specifically for that Jane’s Addiction sound.

Dave also has two signature guitars based on what is widely known to be his stage guitars: a Paul Reed Smith (PRS) electric guitar and an Epiphone accoustic guitar.