John Fogerty produce some of the most incredible tones during his career, from his defining time with CCR to his highly successful solo career.

John Fogerty was not known to use pedals at first.  Much of his tone came from his guitar and amps.  Much of this gear was also heavily modded, so achieving the same tone heard during his CCR years through this process would be nearly impossible.  Furthermore, Fogerty himself has more recently taken to using pedals on recent tours. 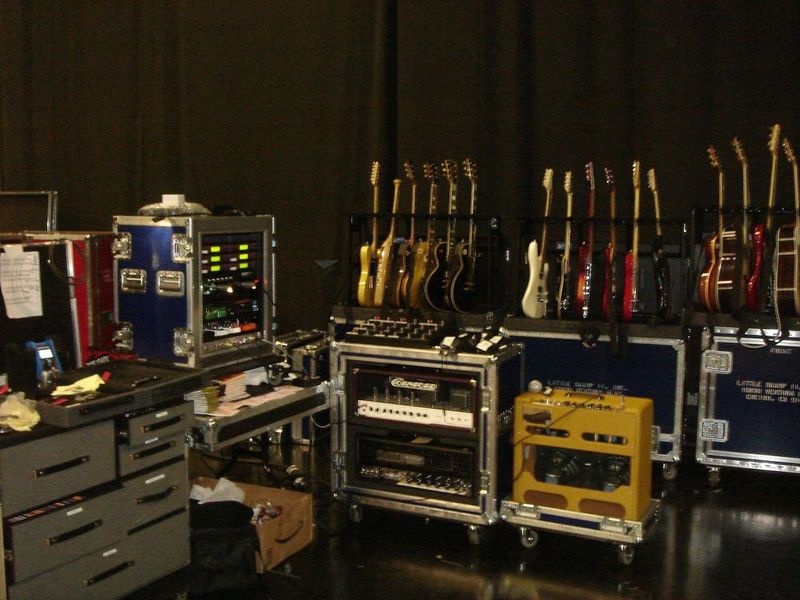 If you’re looking to purchase some of the pedals mentioned below, consider these coupons and deals: 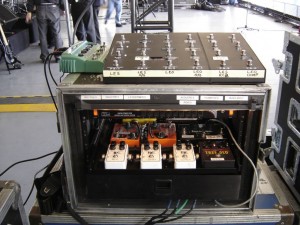 The following image gives us a glimpse of what can be found within his guitar rack, controlled by an Audiotech Sound Selector.  Below is a list of pedals which can be seen in the photo, though other pedals could be hidden behind what is visible.

Though an image could not be found, the Wampler Pedals site noted that Fogerty has been using their pedals.  This is what is indicated:

See More Pedalboards of the Stars